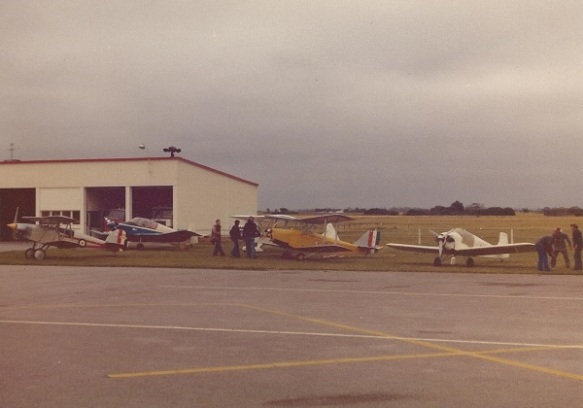 My first attempt to get to the french RSA in 1977 and my first channel crossing. We had to overnigh at Calais and due to bad weather south, returned next day.
In the picture, Issacs Fury, A. Francis, my Jodel ‘Moby Dick’, Luton-Minor, Mike Vaisey, DFB’s Curry Wot, Roy Watling-Greenwood’s Turbulent (and Ken Browne’s Turbulent out of the picture).

The Dutch N.V.A.V. fly-in on the island of Texel. I had borrowed Maurice White’s Emeraude and landed in one of the strongest crosswinds ever.

First flight, other than work, was first lesson October 13th 1967 in Bolkow G-ATXZ with Southern Flying Club. Longest flight with many stops to Ecuvillens in Switzerland, includes Highest at 5,500ft. Best trip, included flying to work. The group at Calais held an annual weekend Fly In in July on Sunday morning they crossed the channel and back to commemorate Bleriot’s flight, then on Sunday afternoon I flew to Guyancourt (now part of a motorway) Paris, Metro to Gare St Lazare work till Thursday then fly to Brive-La -Gaillarde for the RSA. 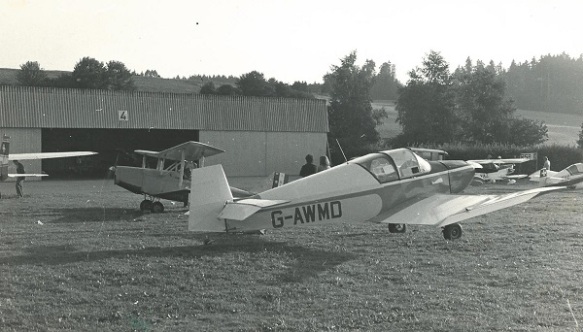 1978: My Jodel and chairman DFB’s Currie Wot at Ecuvillens, Switserland. A new grass airfield, by the ’90’s it had a hard runway.

I started flying by joining up with two other members of a camera crew who like me always wanted to fly, one flew at Biggin Hill to solo cross country then gave up, the other one who had been in the RAF became an alcoholic and died young. 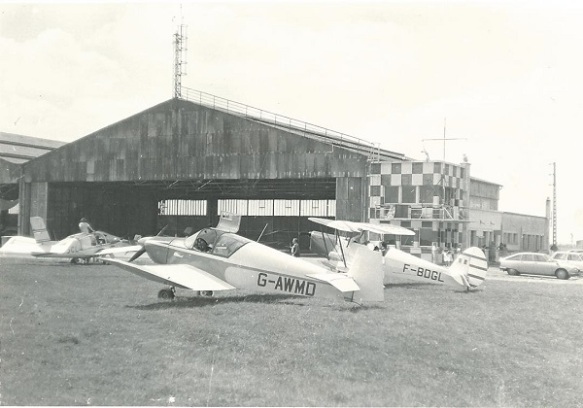 1978: My Jodel at Guyancourt, west of Paris on the way to the R.S.A. at Brive. About where I am parked is now a four-lane motorway.

The thing I most like to do is just to wander about, doing wing overs, turns and any manoeuvre that takes my fancy while looking at the world below.