8.00 pm on the 2.11.11 Terminal 1 restaurant
Terence Henderson will be giving a talk on flying the Concorde and other stories at 8.00 pm on the 2.11.11 in the Restaurant in terminal one at Shoreham Airport and will be available for questions after the talk. The LAA Southern Strut will be sponsoring this event.

This is free to all and all interested parties are welcome. 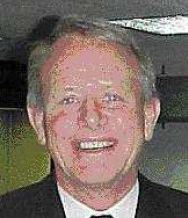 Flying has always been part of Terence’s life. From a boy who won flying scholarships,then graduated top at the prestigious College of Air Training to co-pilot on Trident variants, Comets and Boeing 707’s before promotion, and to eventual retirement from British Airways as a training Captain on Concorde, he has a wonderful story to tell about the world of travel.

He continues to fly as an instructor and Captain with a private airline, having also been their Operations Director. He is Trustee of two aviation charities and originated a computerised air safety system now in use worldwide. Terence and his wife, a former stewardess, relax by flying their ex-RAF Chipmunk trainer. They Also own two vintage gliders.

Alan Weal was tragically killed in a mid air collision recently, Terence and Alan both worked for BA for many years. We have placed a 3 seater bench on the airside of terminal one at the east end with plaque reminding us of Alan. Please use at often as you can.

Alan Weal’s LAA memorial bench: – The bench is now in place on the Airside of the main building, East side, looking over the apron. Please use it when you are having a tea or what ever and the weather is acceptable. You can then remember your time spent with Alan. My personal memories were at Sun& Fun this year but many other people were much closer with sharing planes, flights to the Scottish Isles, Europe mainland etc. If you have story to tell, write a few words and I can put into the newsletter.

The Strut meeting for October in the Terminal building at Shoreham Airport was a talk given by Manuel Queiroz on his round the world record breaking trip in his Canadian built Vans RV-6 aircraft.

The picture of the RV-6 included here was taken at the Kemble rally in August 2006. The aircraft is named “Slavka” after a personal friend died of cancer soon after this project was started.

Manuel himself also had cancer which was found by his surgeon during an operation, but he is now clear of the disease and said it focuses your mind on life. He said it was one of the reasons that prompted him to carry out his dream of flying a long distance cross country flight and what could be better than to fly solo around the world.

He then decided to be the first pilot to circumnavigate the globe in a British registered home built aircraft and if possible to break a few world records on the way. The aircraft that he decided to attempt this flight in, was the Vans RV-6 but as it only had a range of 850 miles, he would have to make a number of modifications as one leg of this flight alone was going to be 2385 miles.

Four years of preparation and modifications which included new wings with tip tanks, another fuel tank fitted into the passenger foot well after removing the rudder pedals
and finally a large fuel tank fitted into the space after removing the passenger seat.
With this additional fuel load, the flight endurance was increased to 19 continuous hours. All the modifications and much of the work was carried out or overseen by Manuel himself.

After all the preparation, the day had arrived, Manuel set off from Gloucester Airport in February 2006 for the first leg of his historic journey around the world. He flew direct to Malta which took him 8 hours.

Day 2 of the trip was from Malta to Luxor and he was hoping to see some some of the exciting landscape, but due to some severe thunderstorms all he managed to see was about a three second view of the Nile below. He eventually arrived in Muscat and had a rest day.

After Muscat Manuel wanted to fly over Vietnam, but it would only be allowed if he flew at flight level 260, he was going to fly over India, but the paperwork and bureaucracy involved was not worth the hassle so he flew on to Columbo. From Colombo he flew on to Penang, but during this flight he encountered a tremendous downpour and the noise of the rain on the aircraft was so bad he could not hear the engine.

After emerging from this storm he was in the area of the disastrous sunami
that happened in 2004. It took Manuel 6 hours to cross this bay, but the tidal wave of the sunami which travelled in the opposite direction took only 2 hours. Manuel said that it shows that whatever man can do it is nothing compared to the power of nature.

During the flight through the storm there was an electrical discharge causing large sparks to jump from the base of the canopy to the control panel which was a bit disconcerting considering that there were two large containers full of avgas only a foot away.

On arriving at Manila Manuel spent two days on maintenance of the aircraft. Day 10 of the trip saw Manuel flying from Manila to Guam. Day 11 flight from Guam to Tarawa Island. Day 12 and 13 waiting for fuel. It was so hot that the aircraft was too hot to touch without gloves and had to be put under cover. When fuel arrived in tanks Manuel got them to pump some fuel into bucket until he was satisfied that it was clear of sand. The rest of the fuel was hand pumped into the tanks, but one of the men had to hold part of the hose as tight as possible as it had a six inch split in it and was leaking quite a lot of fuel.

Due to the distance of the next destination, Manuel had to take off before dawn and
this turned out be quite interesting. The runway was situated between rows of palm trees, there were no lights and no runway markings of any sort. Manuel could just about make out the bare outline of the trees on either side and the landing light being a tail dragger was pointing to the stars and was therefore of no use. He was greatly relieved when the aircraft left the ground and climbed away safely.

After a long flight he arrived at Honolulu in heavy rain and what was worse, no grass skirts anywhere. After a long stay in Honolulu due to persistent heavy rain Manuel he left for San Jose in California. This leg of the journey was 2000 miles across open water with nowhere to land. Manuel followed the normal airway routes in case he had to ditch in the ocean, by doing this he thought he would stand a better chance of rescue.

Along this route he began to pick up a lot of ice, but he decided to continue on this course. When he was half way across with another 1000 miles to go, the engine spluttered and virtually stopped. He was flying at an altitude of 10,000 ft. and preparing for the worst with the aircraft descending, he dropped to 5000 ft. when the engine started again after obviously suffering from carburettor icing. He thankfully made it to San Jose on day 23 and from that moment on vowed never to continue to fly in icy conditions like that again. If you look at the map, this leg of the journey is the same length as the entire width of America.

Day 24 Manuel flew from San Jose to Apple Valley and the following day 25 continued
on to Abilene in Texas. Day 26 was spent in Abilene conducting some aircraft maintenance. Day 27 flew from Abilene to Savannah and on day 28 continued on from Savannah to Maine. Day 29 still in Maine partly due to bad weather and a leaking brake.
Day 30 flew from Bangor/Main to Halifax.
Day 31 Aircraft grounded by faulty panel instrument.
Day 36 Five day wait followed by flight from Halifax to Santa Maria.
Day 38 After a wait for fog flight to Lisbon which is Manuel’s birth place.
Day 39 After spending some time with his brother Manuel flew to La Roshelle
Day 40 After an eventful and amazing trip this is the final leg and home to an emotional
reunion with family and friends at Gloucester airport where it all started just thirty nine days ago.

During this trip Manuel managed to gain six world records and one British speed record and on the 24th. April 2007 he was presented with the Britannia Trophy at the Royal Aero Club by the Duke of York.
The total distance flown 27,056 miles.
Total time 165 hrs. 19 minutes
Average distance flown per day 1,272 miles
Average flight speed 164
Longest leg flown 2,385 miles
Distance flown over sea 18,037 miles. 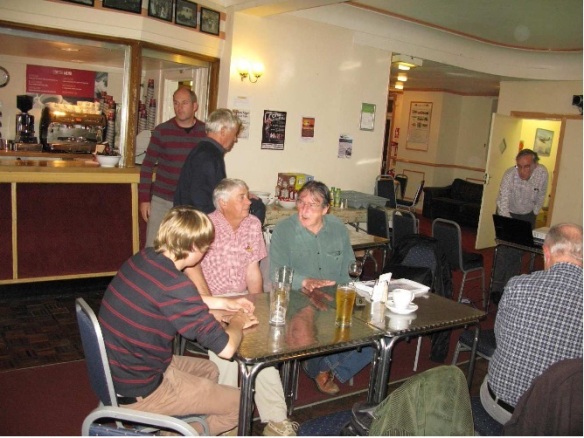 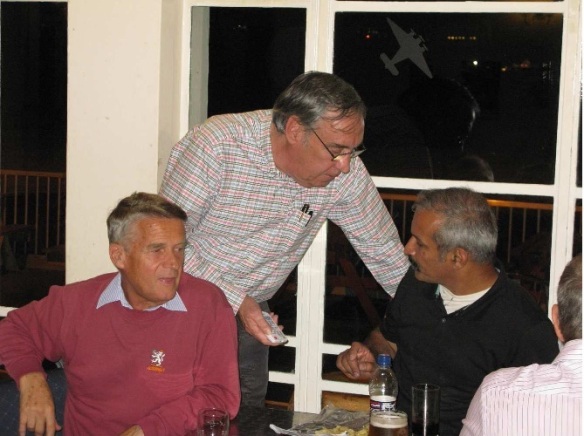 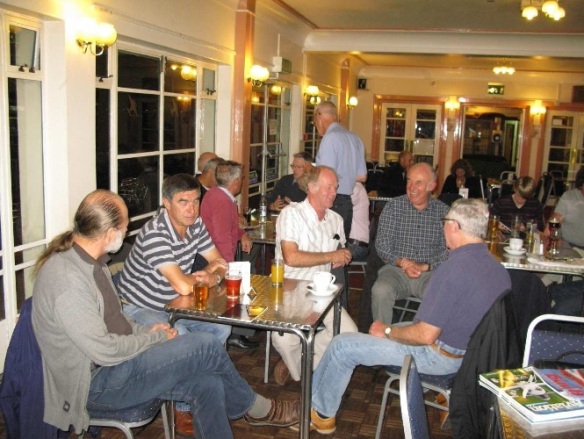 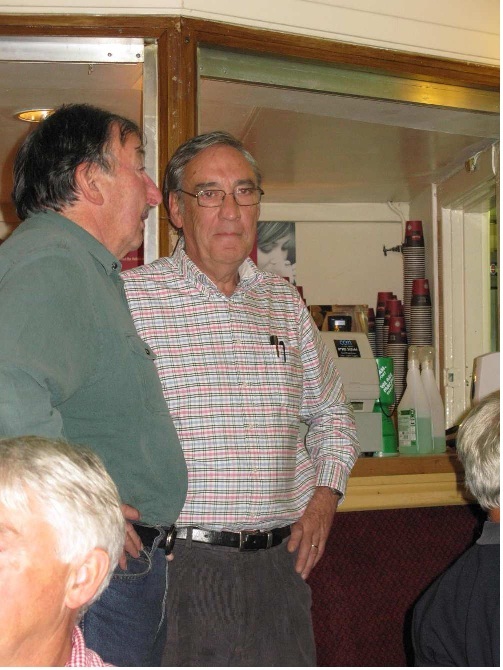 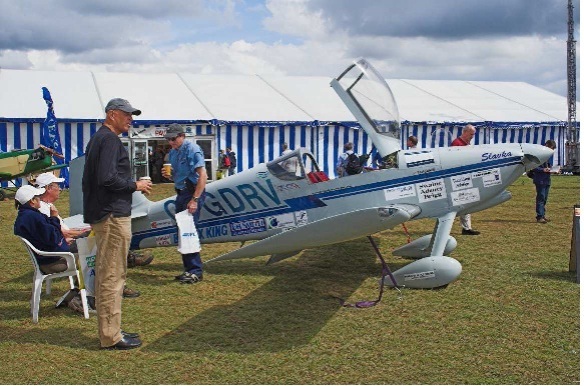 Above are pictures from Manuel’s lecture 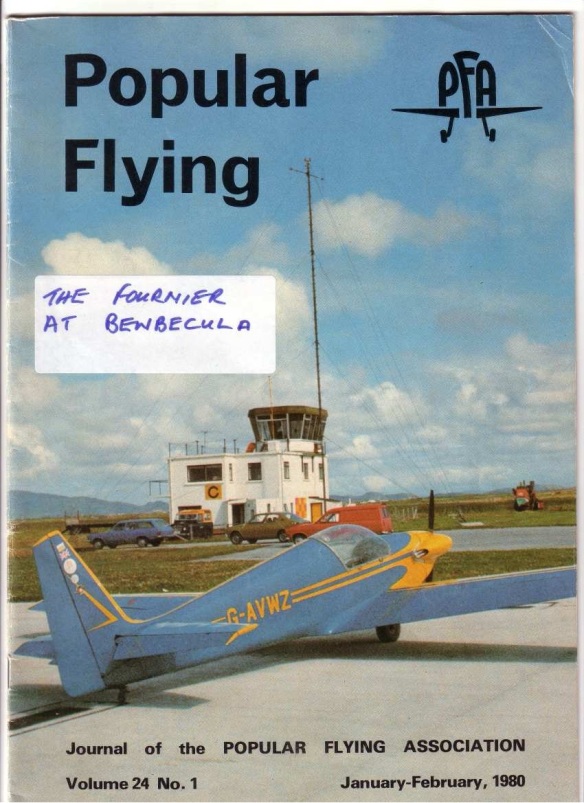 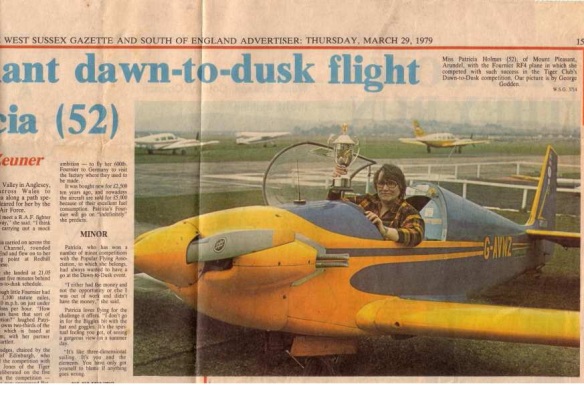 Above are two pictures from Don Lords archive, this is the Pat Holmes of the ‘PAT HOLMES TROPHY’ fame which was given out on a regular basis.

Farry has booked this years dinner at it will held at Downland Carvery which is on the North side of the A27 by Lions Farm Shopping centre on the East side of Worthing. I will need names ASAP to sort out the number of heads. It will be a sit down 3 course dinner (NOT a carvery), menu to follow soon. Free for paid up member and partner.

I have enquired about a bus to the show at the NEC where you can visit the bike show or the aviation show. Please reply ASAP if you would be interested and number of seats required.

Time table of Strut events for 2011