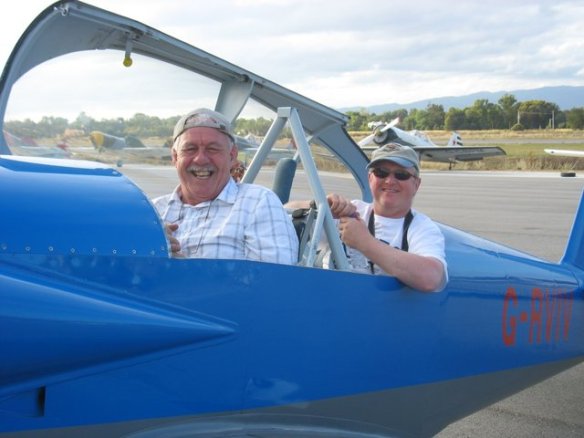 Steve (on the right) with Greg Scott on arrival in Portimão, Portugal (May 2009) in Greg’s RV-4

I became interested in aviation at an early age. As a kid we lived near Heathrow and my dad and uncle both worked for British Airways, so flying, travel and events at the airport were often the topic of the day. I applied for and got through several rounds of the BA Pilot Training selection at Hamble but didn’t quite make it. I did join BA though. My first job was in Operations Engineering, calculating Regulated Take-Off Weight charts for the BA fleet. Subsequently, I moved into BA’s IT dept. My first job there was brilliant – I was part of the team implementing a new computerised flight planning system named SWORD, which we were converting from software BA had licensed from American Airlines. Later I worked on systems for cabin crew scheduling, ground ops and cargo, but as time passed I got involved more in the IT side of things rather than aviation. I left BA in 1999 and have worked in IT infrastructure and strategy ever since.

We moved down to West Sussex In May 2003. I was working too many hours and my wife told me to get a hobby. So……. I had my first flying lesson with The Flying Hut at Shoreham in January 2004. That flight was in a green and white Piper PA38 Tomahawk G-BYMD. I did fly a few PA28’s but most of my PPL training was in the PA38 and I thoroughly enjoyed it (even though many others didn’t seem to like them). A fly-out with the Flying Hut to Ostend and Calais was probably the beginnings of my interest in touring. That flight was in a PA28 G-BHIL which later sadly crashed, by co-incidence also returning from Belgium (The full AAIB report makes for a very interesting read!)

In July 2005 I bought a share in the Dirty Dozen’s well known Shoreham-based stealth black Cessna 150M G-BPAX. G-BPAX was a nice little aeroplane and was great for consolidating what I had learned while getting my PPL but I soon realised that I preferred low-wing aircraft. So, in November 2005 I also bought a share in a lovely 1967 “Hershey-bar wing” PA28-180 Cherokee G-HOCK based at Goodwood. 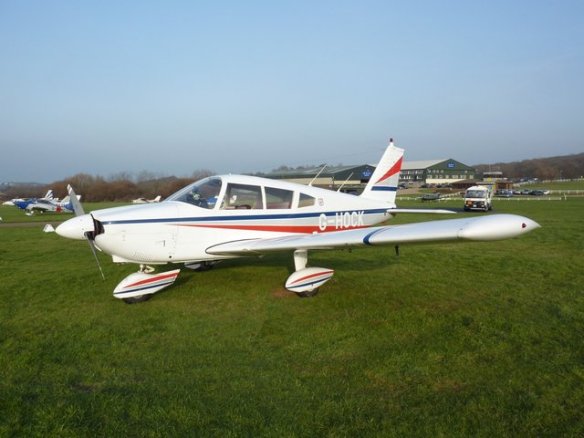 For two years I kept the shares in both planes but eventually at the end of 2007, after 56 hours in her, I sold my share in G-BPAX on Ebay. As of now (October 2013) I have amassed 140 hours in G-HOCK and have taken her to a number of foreign destinations (Lelystad, Cherbourg, Rennes, Nantes, Quiberon, La Rochelle) plus Jersey, Guernsey & Alderney (well they feel a bit foreign don’t they). 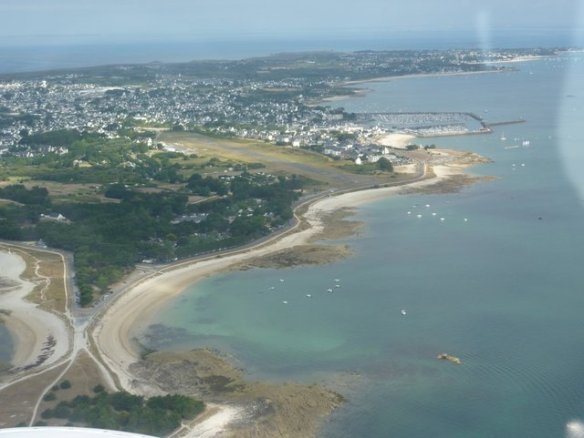 It was on a long weekend trip in G-HOCK to Jersey that I first really encountered and took notice of a Van’s Aircraft ‘permit to fly’ aircraft. On returning to G-HOCK at the airport there was a small red and yellow aircraft parked nearby. It was an RV-6 which, 30 minutes later, mid-channel, shot past us 500ft below doing at least 30kts faster than we were doing. That was it. I set out to find out more. I tracked down the owner, a certain Mr. David Broom, and made contact with him. My interest firmly sparked, I managed to go see a number of RV build project over the next few months – Alan Weal’s RV-7, Greg Scott’s RV-9 and Gary Smith’s RV-9 – Greg had me drilling and riveting waste bits of aluminium in his garage within 20 minutes of arrival. I didn’t know much about building planes but I decided I’d be able to do it. So, I ordered an RV-7 empennage kit! 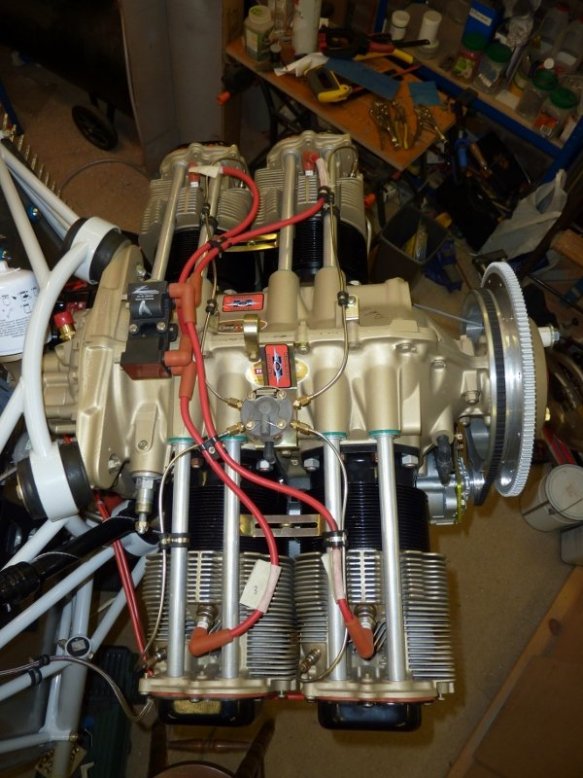 It’s been a long road, and I’ve not yet reached the end but my RV-7, registration G-HUTY, is starting to look like an aeroplane. I opted for the wing and fuselage quick-build options but it still takes time, especially when you have a job and want to keep flying too. G-HUTY has a fuel injected Mattituck-built IO-360-M1B engine with one Slick magneto and one Lightspeed Plasma III electric ignition. The panel is built around a pair of AFS 4500 EFIS/EMS screens and a Garmin 695 GPS. There’s also an AFS Pilot autopilot and Funkwerk transponder and radios plus a Monroy Trafficwatch.

G-HUTY’s panel (not quite as it is now)

Getting involved with RV’s has opened up a whole new world of GA flying and shown me just what you can do with these wonderful machines, from long-distance touring to formation flying and aerobatics. I’ve been fortunate to fly P2 in the back of an RV-4 to the Algarve with Greg Scott, in an RV-6 to Hogenas in Sweden with John Michie, in the back of Richard Pike’s RV-8 to Damme in Germany and to the Algarve again with James Stringer in his RV-6. Plus I had the immense pleasure of flying many times with Alan Weal in his RV-7. (RIP Alan, you are greatly missed.) 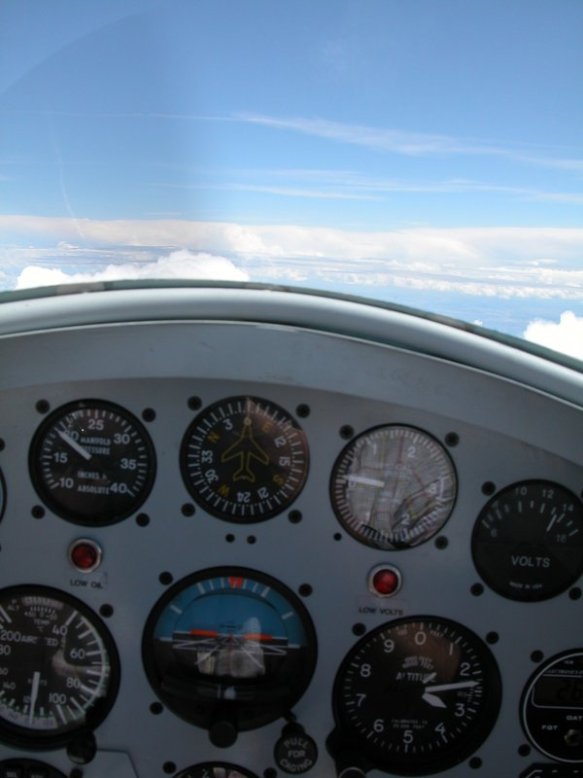 The very best part about building and flying planes is the people you meet, the friends you make and the enjoyment that brings. That is what it is really all about.