A Grand Day Out: Dave does some shopping in Alderney

The well attended Southern Strut meeting on the 1st February 2012 was devoted to discussing Strut policies and initiatives.

The following questions were voted on:

Don Lord requested that the club pay the landing charges for strut members at our Fly-in at Redhill. Agreed

Paul Cave suggested that we launch a push for new members. Tony Palmer agreed to send out an invitation to all new LAA members in the last 2 years. A list of contacts will be requested from the LAA.

Dave Skertchly volunteered to sort out dates for a French fly-outs.

At AeroExpro to be held at Sywell from the 25th to 27th May 2012, the strut has agreed to man the LAA tent. Farry and Tony are fronting this, so would like a smattering of homebuilt planes to be present with the owners there for period, to tell the punters all about their planes and the benefits of the LAA.

So far we have the following planes:

The club has 3 trophies awarded annually. These are:

Every year we all resolve to arrange fly outs. This seems complicated and generally falls on the shoulders of the co-ordinator. At one extreme formal destinations can be booked weeks in advance, hotels, entertainment, tours can be organised etc, all pray of course to variations of the weather. On the other hand a simpler method is that adopted by the Grumpy Gang. Every Thursday Ni Thomas starts an email train to discuss the destination for Saturday or Sunday, they just fly in and meet up if they feel like it. I am proposing to do just that with strut members and those of Perry Air, what do you think? 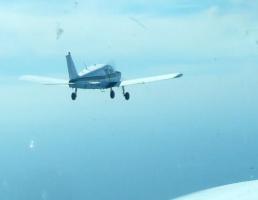 Last years fly out with old friends from Popham to Dieppe, left; a dodgy looking bunch of aviators, right; G-ATIS at FL50 somewhere over the Channel

So why go to France, the simple answer is that there are a whole range of airfields which many of us have not visited before. In addition our aeroplanes are most efficient when cruising, so more flying, less landings and take offs, seems to make sense. Also there are no Olympics in France! 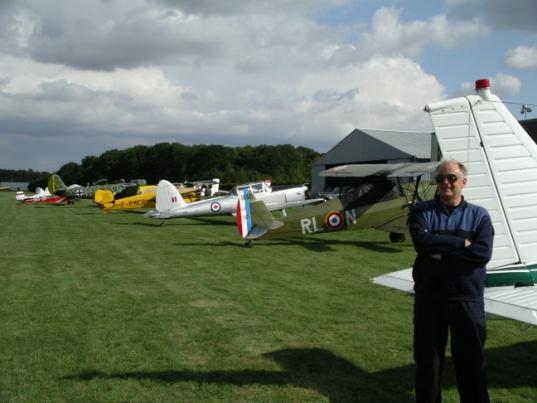 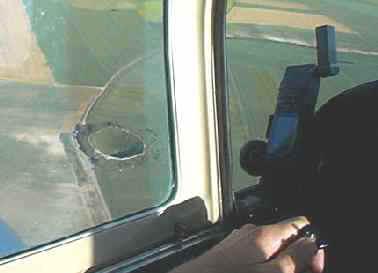 At the May meeting which is when the English Channel warms up a bit, I have proposed to lead on the subject on Crossing the Channel. As well as the traditional Flight Plan competition, an AFPEX demonstration and Customs issues, we can also discuss the limitation of permits and NPPL’s and crafty ways around the problems. I will meanwhile be scouring my archives for photos of obscure and interesting destinations and adding some “ripping yarns” of my own. I hope you can make it to the meeting on the May 2nd.

A Grand Day Out

“We need to top up the Wine Fridge for Hazels party” said Mrs Skertchly. I was only too happy to oblige and immediately set about filing a flight plan for Alderney to pick up some duty frees. Mrs Skertchly, it transpired, had intended that I would just pop to Waitrose at the end of our road…woops.

Now the lonely sea and sky is just that, 2½ hours on ones own over the English Channel with only the conversation of London Information can get a trifle tedious so I emailed around the strut to see if there were any takers for a Monday trip to Alderney. Not surprisingly the Channel on a Monday in mid winter did not have many takers, but Peter Harrison stepped into the breach, yippee an unsuspecting passenger! 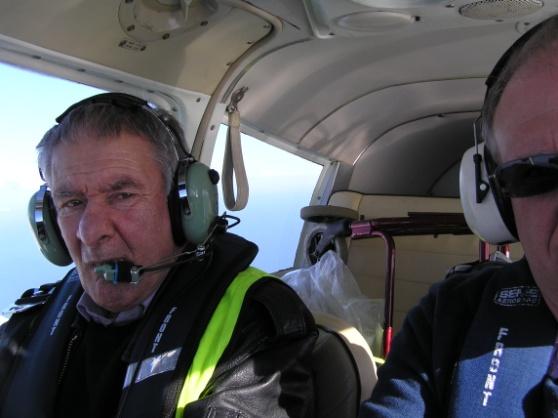 The two of us over the Channel in Mid Winter.

There is one problem, Peter as you all know, has many thousands of hours, and, as a low hours PPL under scrutiny I get nervous. As expected G-ATIS did her usual best to embarrass me by floating sideways down the runway at Alderney for 200 yards. Peter was kind with the usual comment of “any landing you can walk away from etc”.

Alderney was deserted but they fired up the frying pan and made us a bacon sandwich. The conversation over lunch was fascinating with ripping yarns about flying Handley Page Heralds into Jersey and loading Tiger Moths into Dakotas, the kind of thing most of us can only dream of.

As I loaded the duty frees into the hold I realised that I had rather over done it. Would Tony and Farri give us a character reference or would I have to admit to getting a strut member banged up for a few weeks?

On the way home Peter took command and the crafty old hand headed due north to the needles like a homing pigeon without even a reference to the compass, never mind the multi coloured IFR approved GPS on which I do not rely!

So finally we met up with Adrian and Farri in the bar, the Customs Officers looked the other way, and thus ended a Grand Day Out.