The paint problem just got worse and we had to remove all of the 2 pack black by using a hot air gun and a scraper and MEK. It took a long time and also some of the MEK damaged parts of the yellow below. We are still recovering from this problem and we hope the fuselage is almost ready. We have moved on the moving surfaces which are fabric covered. We have used Ceconite which we have glued on and cellulose paint as the paint medium. We have ribbed stitched all the surfaces at the correct spacing as per the rules. 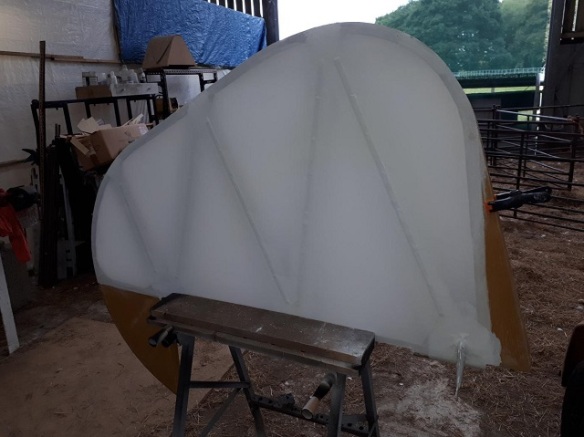 Just before the LAA show I had a call from Southern Strut member Richard Acton to see if he could fly in with his new toy, a Continental powered Curry Wot, which he did. See below. 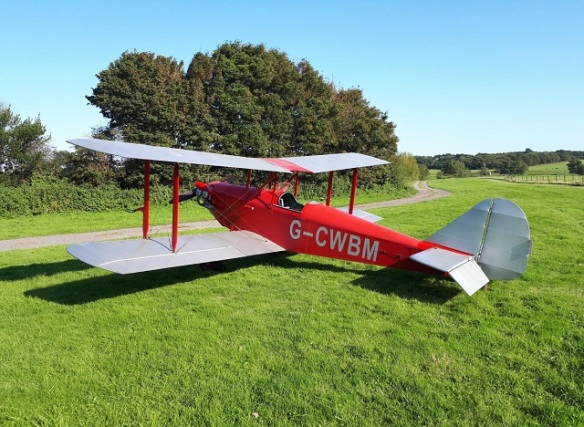 For those who did not go to the LAA rally, it was not a bad one. The numbers were not a record but a fair few planes and people came in. The weather on the Saturday pm was a bit wet and windy but better than it could have been. 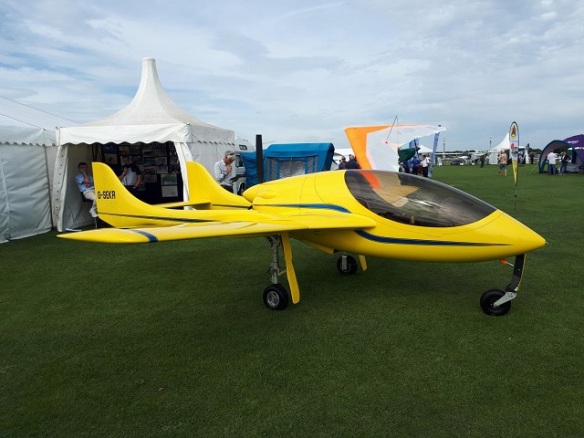 The BristellUK stand was quite busy, I would estimate about 80 to 85% of interest compared with the peak interest near the beginning but with the possibility of selling ready-made 600kg microlights there might be an upsurge and of course once Brexit has been resolved!!!!

While I was there I attended a lecture by Ivan Shaw in which he described the design and building of the prototype single seat touring plane as shown above.

I found it very interesting as I think did most of the audience.

Tony Berryman and I went for a jolly to Stow Maries in Essex which for those that do not know is a WW1 fighter base which has a majority of its buildings still in existence although needing a bit of love and care. The airfield has gained some grants from the lottery so that it can be transformed into a heritage centre. We found it interesting and the people who run it are very enthusiastic and welcome visitors but they have a very strict numbers of movements allowed so please ring them in advance. We had to get permission to use runway 15 because the cross wind was above what was sensible on the main runway. The CEO stopped the traffic on the approach road when we landed and gave us a wave and was very friendly when we spoke to him later. 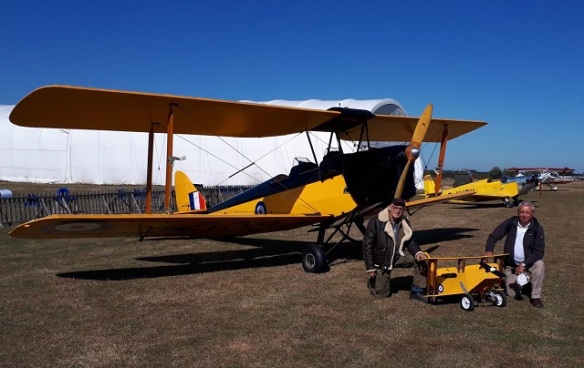 I attended Revival meeting on the Saturday and it was a beautiful day, with the cars people all dressed up in period clothes, the cars, bikes and planes and the wall to wall sunshine. I took many pictures but I will have to limit it to two that took my eye. The first was a 1941 Klemm 35 seen below. The second was a Pilatus P2 trainer which was used by the Luftwaffe to train their Me109 pilots as the undercarriage was very similar and the engine an inverted Argos V12

Put a Sticker on your Airspeed Indicator

What is more important: prevention of low speed scenarios through enhanced awareness or strong stall recovery technique?  Did you go with the GA response or the airline pilot one?  Compelling video by FlightChops.

OK, don’t get too excited; it’s for one day only: Saturday 19th October.  However it’s a welcome move in the right direction from the new management and deserves our support. 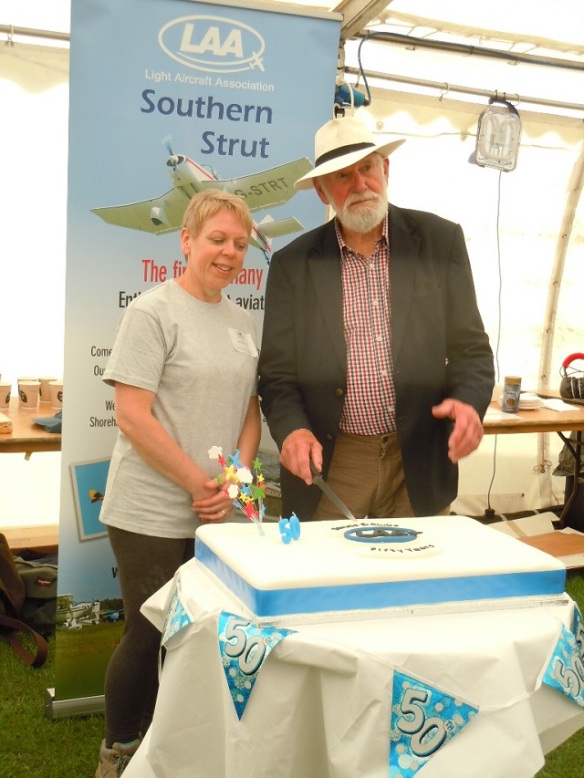 While walking around at Sywell David [David Faulkner-Bryant, former chairman of the PFA and founder member of the Southern Strut] and I were approached by Anne Hughes from STRUTS4U as David was needed urgently in the marquee to cut the cake to commemorate 50 years since the formation of the Southern Strut.  We only just made it and were the only members from the strut present.  People from Turweston were there with  Neil Wilson the photographer. I took this quick shot for myself, the lady with David is the person who made the cake.