As I am sure most of you are aware that along with Microsoft, Boeing is one of the biggest businesses in the Seattle area. Starting in a small boat house by Bill Boeing on the edge on the lake, near the city CDB it has become a global giant. Outside of Boeing, the state of Washington has offered up a significant array of assets to the aviation tapestry, particularly within the Homebuilt / Experimental arena. Below gives some of the highlights I am aware of from my short time being based here.

Hamilton – Stoddard has been through many names over the years but 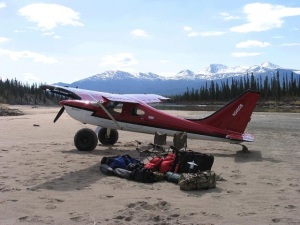 the company still remains the same producing the Glasair and Glastar family of aircraft just 15 miles north of the Everett factory that produces Jumbos and Dreamliners. While only a limited few of each of these aircraft in the UK they are everywhere in the United States with over 3,200 aircraft produced. These aircraft are perfectly matched to the flying environment of the State with floatplanes, mountain airstrips and large distances between communities.               http://www.glasairaviation.com/ 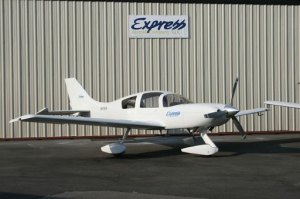 d the RV-10. This composite aircraft has been offered with an IO-360 and IO-540 options, fixed or retractable and still remains for sale, at a low level. These aircraft make great value options for seeing the country with a 190 knots cruise on the large engine version and one currently for sale at around $65,000 (£48,000). http://www.compairtechllc.com/

per Cub replicas and developments at Yakima in the middle of the State. They originally started by building parts and a selection of STC mods for the classic Pipers. The aircraft family has been developed to include the Carbon Cub that offers exceptional performance of this iconic type. Personally, it’s great to see all their photo shoots at places I regularly fly. Lucky Me! http://www.cubcrafters.com/

Yakima Aerosport is a small company based in the same area as Cubcrafters. Some of you may be aware of the Breezy aircraft which is a basic design aircraft that look much like a ladder with wings. Yakima Aerosport has maximised out this design and sell the Super Breezy. Equipped with an 180 HP Lycoming and large tundra tyres it offers something very different. http://www.yakimaaerosport.com/ 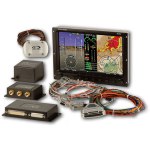 of Aviation and Computing. As such it’s based in the outer suburb of Woodinville where it produces its forever growing range of EFIS and other avionic products. They offer great products at great prices and always innovating products with new items such as integrated 8.33khz radios, synthetic vision displays and mode S transponders. My local EAA chapter is often used as market testers as many of the company employees are members and their demo aircraft is based in the aircraft (it’s a Glastar Sportsman 2+2) http://www.dynonavionics.com/ 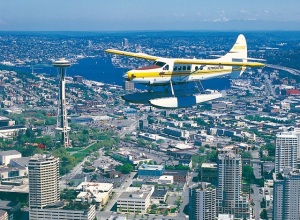 t the north end of Lake Union, just outside of Seattle at a small suburb called Kenmore. However, this company is larger than the name would suggest as it operates a flight school, sightseeing flights, charter and scheduled flights with land based aircraft and floatplanes. The latter being most noteworthy as it’s one of the largest seaplane companies in the world with an eclectic mix of 25 aircraft including Cubs, Beavers, Otters and Caravans. A must do trip for the pilots from Virgin Atlantic is to get some float time as the offer great value instructor flights in a Cub or Beaver. http://www.kenmoreairharbor.com/ 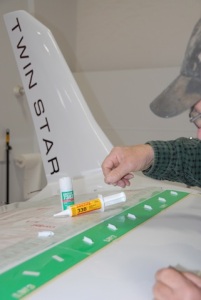 on in an article about the latest Diamond Aircraft. This small outfit based in in the oil depot town of Anacortes, about an hour’s drive north of Seattle. This company provides a simple and effective line of vortex generator products. For those who don’t know Micro Vortex Generators are small blades placed in a spanwise line aft of the leading edge of the wing and tail surfaces. They control airflow over the upper surface of the wing by creating vortices that energize the boundary layer. This results in improved performance and control authority at low airspeeds and high angles of attack. They hold approvals for most certificated types in Europe and the U.S on and Airvan, Cessna or Maule, as well as kits for the homebuilt market.

In addition to the companies above the wider Pacific Northwest has some other additions that you will all know.

Just 2 ½ hour south of Seattle is the small town of Eugene Oregon. While this is a middle of the road area it is synonymous in aviation circles with Richard “Van” VanGrunsven and his company Van’s Aircraft . This legacy of over 8,000 aircraft speaks for itself.

Just across the eastern border of the Washington into Idaho there are a few other businesses. One being Aerocet Inc. which makes floats and cargo pods for Cessna, Piper and De Havilland Canada. Also in the same area is Todd Hamilton (of Glasair / Glastar fame) second Legacy. This is the base of Quest Aircraft and their flagship, go anywhere aircraft the Kodiak.

Not such a bad legacy for within a 2 ½ hour drive of the middle of the State.

Watch out for the Meat Bombers near Chiltern Park

London Parachute School began its 2015 season at the start of March from Chiltern Park Aerodrome (just south of the RAF Benson ATZ). Operations will be every Saturday and Sunday (weather permitting) until the end of November, apart from a couple of weekends in August. This season they have introduced a new hold based on an unpublished waypoint and pilots flying in the vicinity, which is close to the Didcot Gap, should familiarise themselves with the LPS operations. A briefing document is on the BGA web site at http://old.gliding.co.uk/bgainfo/airspace/documents/chilternparkairspace.pdf

Free landing fees for aircraft registered in or before 1950
Planning is well underway for our 80th Birthday Celebration Weekend which will occur on the 18th & 19th of April
We are very proud of our aviation heritage which started here as ‘Lea Farm’ Airport in Easter 1935 and we will celebrate our 80th Birthday with a Vintage themed weekend, including a Fly-in to which everyone is invited
We plan for the main events to be on the 18th April which include a Vintage Aircraft Fly-in, Vintage Cars & Bikes & Fairground Rides
We will have many dining options, which will include CJ’s Cafe, Barbeque & Pizza
In the event of adverse weather, we will postpone the events to the 19th April
Please add these dates to your diaries and help us to publicise the event, we’ll only be 80 once !
Our Press Release and flyer for this event are also attached for your reference, display & onward distribution, if applicable.
We appreciate your support, many thanks !
Website www.eghn.org.uk
Facebook www.facebook.com/eghn.sandown
Twitter www.twitter.com/SandownAirport